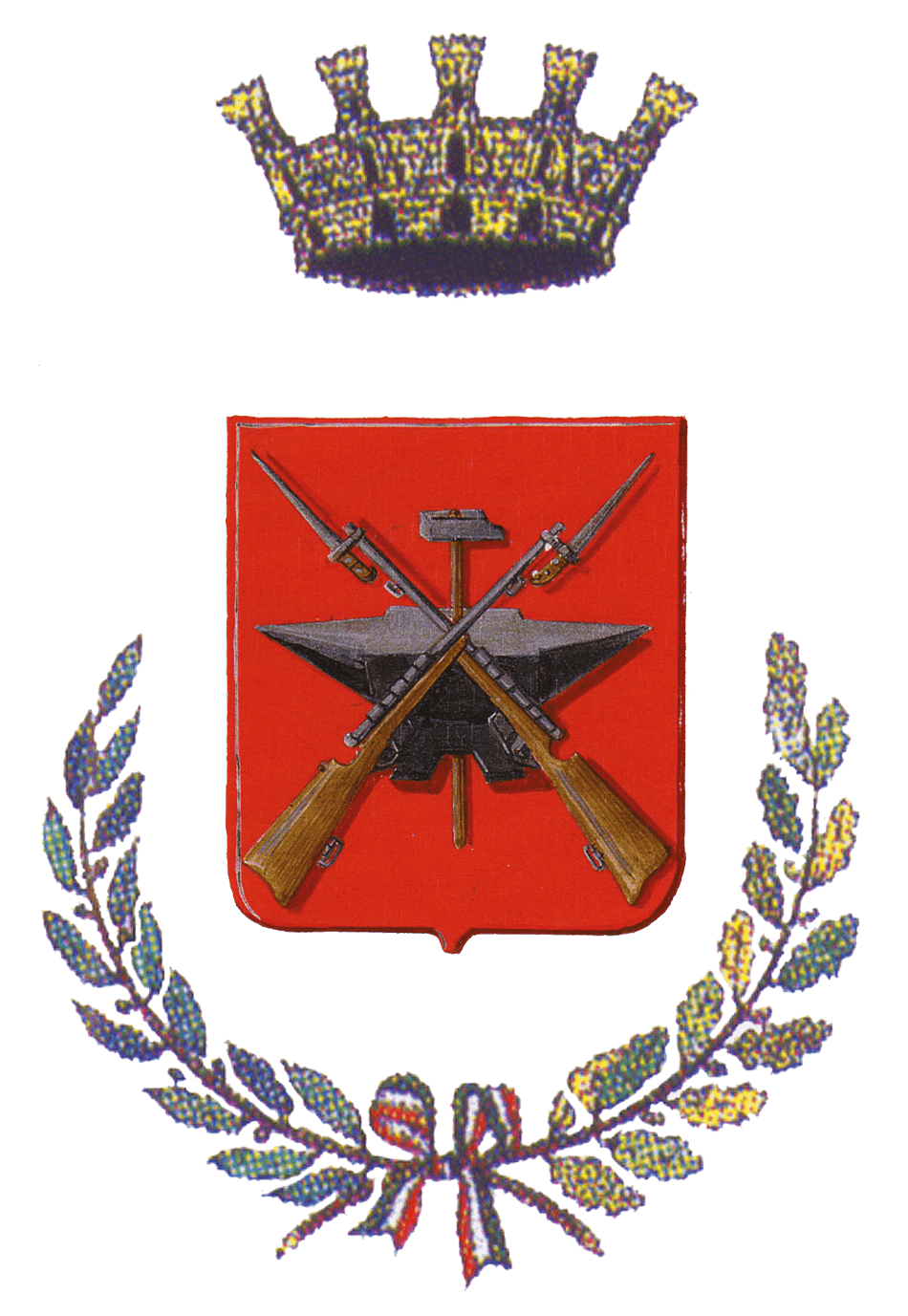 Gardone Val Trompia is an Italian municipality in the province of Brescia, Lombardy, with just over 11,000 inhabitants. The territory, characterised by a mountainous landscape, covers an area of about 26 square kilometres. It is bordered to the north by the municipality of Marcheno, to the south by the municipalities of Sarezzo and Polaveno and to the west by the municipalities of Marone and Sale Marasino. The Mella river flows through the centre of the town, while the two secondary valleys – the Gardone Valley and the Inzino or Rendena Valley – are crossed by the Tronto and Re streams, respectively. On 17 September 2001, Gardone Val Trompia was awarded the title of City by the President of the Republic Carlo Azeglio Ciampi in virtue of its historical and civic importance. For this reason, the golden walled crown with five towers, representing the tile of City, was added to the Gardone Val Trompia coat of arms in 2002. The main tourist attractions in the area are the peaks of Monte Guglielmo, the Caregno Plateau, Villa Mutti Bernardelli – home to the City Library, the Museum of Weapons and the Tradition of Firearms and the Historical Archive of Hunting – and the city’s ecclesiastical architecture.